We are saddened to announce that George Bell, Life President of ABAP, has died aged 96.  He had been looked after by his daughter Janet and her husband for some time and he died peacefully at their home in Lincoln. We offer our condolences to George’s daughters Carol,  Janet and their families. 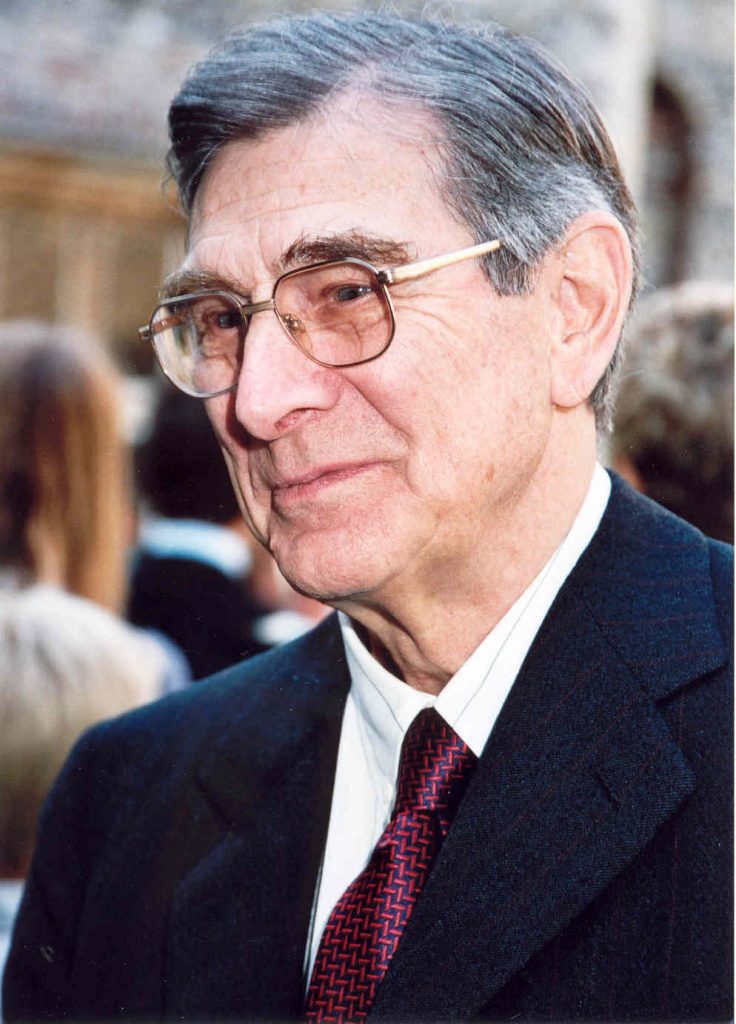 Our past Chairman, Mike Post, has written this appreciation of George.

George Bell joined BEA in Belfast in 1947. Before he retired in 1985 he rose to become BA’s Head of Employee Relations. George was a member of the Airways Pension Scheme (APS) and he had been an Employer Nominated Trustee of both APS and the New Airways Pension Scheme (NAPS). NAPS with its lower costs had been set up in 1984 to ease the way for BA’s eventual 1987 privatisation. NAPS and APS shared a common Trustee Board since it was thought (wrongly) when NAPS was set up that the two schemes would never be in conflict. After his retirement from BA and pension trusteeship George took a keen interest in the running of both APS and NAPS and insisted on receiving the minutes of all Trustee meetings.

In 1989 a surplus was starting to emerge in APS. George discovered that BA was proposing to use the emerging APS surplus to give benefit improvements to current employees as part of the 1990 pay deal whilst pensioners’ claims on the surplus were ignored. Current ground staff employees were to have their pension calculator changed from 1/60 to 1/56 (times years of service) whilst flying staff were to have their calculator changed from 1/56 to 1/52. Pensioners were to receive no benefit at all from the surplus.

Aggrieved by the lack of consideration for pensioners, acting along with others, George set up the British Airways Pensioners Association, or BAPA, which became the Association of British Airways Pensioners, or ABAP. The purpose of the Association was to challenge the failure of the APS Trustee Board to address the injustice of giving pension improvements to current employees from the APS surplus whilst disregarding pensioners. The case went to the Pensions Ombudsman which decided that there had been an injustice because the Trustees had failed to even consider the pensioners. The remedy was for the Trustees to hold a Trustee Meeting which on this occasion did consider the pensioners and which decided not to give the pensioners a benefit improvement. So ABAP’s challenge had on that occasion failed but ABAP was now organised, funded by membership subscriptions  and in business for the future.

When BA came up with its 1999 proposal to merge APS with its £1billion surplus with NAPS which was slipping into deficit, ABAP, under George, was ready. BA’s clear objective in proposing the merger was to use the surplus in APS to fund its contributions to NAPS. George, well-funded by ABAP, was able to obtain independent professional advice. The actuarial advice pointed out that if the APS/NAPS merger were to go ahead, “several hundred millions of APS monies would be allocated from benefit security and improvements under APS to the employer”.

The merger was therefore firmly opposed by APS members at members’ meetings and in postal ballots called under the rules of APS. By October 2000 the merger, which had originally been agreed by the common Trustees of APS and NAPS, was abandoned. In 2001 George was appointed to be the Representative Beneficiary for the APS pensioners in the extensive legal action which resulted from BA’s failed pension merger proposal. This was a role that he fulfilled admirably when the legal profession enjoyed itself immensely debating the interpretation of Clause 11 of the APS Trust Deed which laid down the rules for the uses of APS surplus.

There followed a reorganisation of the Trustee Boards and, in a partial recognition of the obvious conflicts that existed between the two Boards, the constituentsof the APS and NAPS Boards were changed so that each Board could only have member-elected Trustees who were members of their respective pension schemes. Nevertheless the Employer Nominated Trustees of the Boards remained common until the APS and NAPS Boards were finally completely separated during the conflict with British Airways over the abandonment of RPI pension increases.By this time George had stepped back from his involvement with pensions.

In 2010 one last legal action by George, now 85, resulted in  his success in Reading Crown Court when he sued British Airways for breaking the contract that he had agreed with them when he retired in 1985. As part of his early retirement package George had negotiated with the then Director of Human Resources that he would be entitled on two occasions each year to free First Class ticket concessions with  the highest possible on-load priority. When BA changed the rules for Staff Travel in 2009 George was told that tickets with the very highest on-load priority were no longer available to him. George knew that in 1985 he had negotiated a contract with BA. He also had a record of the 1985 negotiation so he sued BA. I had the pleasure of supporting George in court in Reading where he was confronted by two senior British Airways managers and a rather arrogant young barrister. George represented himself. The Judge ruled that George’s contract with BA was valid and should be honoured. He was entitled to tickets with the very highest on-load priority. She awarded him £3,934 damages.

George was a delightful Ulsterman of immense charm with a razor-sharp brain. His memory was like a filing cabinet. He must have been a formidable foe when he was Head of Employee Relations. He was exactly the sort of person with whom it is a delight to share the worthwhile  common interest of maintaining an intact and solvent pension scheme.